IT in Business - The New Mantra for the CIO

The Role of DCIM in a Lean, Clean and Mean Data C

Technologies Taking Industries to the Next level o

What has Agility Achieved in the Technological Words ? 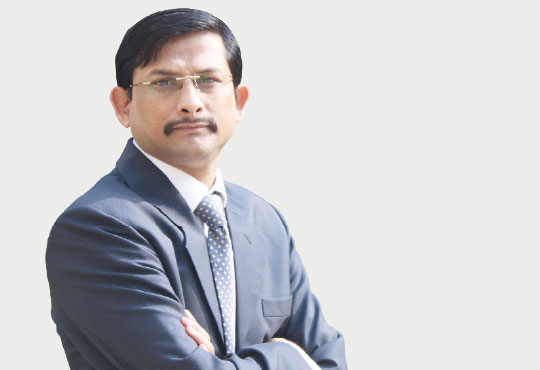 Let us review the progress IT businesses have made in the run up to being “Agile” and how is it related to what has been achieved in to­day’s world of technology! Let us look at an analogy from area of sports to open various points. Eventually, to understand what it means from the perspective of “ways of working”, “culture” and “Rules” of the game.

Historically, it all began with very simple devices capable of doing calculations. With the passage of time, technology has advanced rapidly and eventually resulted into complete paradigm shift. Speed of processing and associated costs had larger role to play in making decisions for setting up compute environments / IT infrastructure. A shift from few transistors, integrated circuits and eventually VLSI designs which allows for several such circuits on ex­tremely smaller chips.

Cost of setting up data centres went south­ wards in comparison to the processing speeds.

A stage came when virtualization and related technology became mature enough to show im­pact on the overall landscape of how computing was perceived. Soon cloud computing became a reality. Of course, the spread and speed of internet, its availability across different geogra­phies, lesser cost of hand held devices and choices has provided for making the business reach across globe.

All these factors have had a huge impact on how the products were developed, rolled out and agility as such. Respective improvements even­tually allowed for faster development of products and offerings.

In the field of software develop­ment, right from waterfall to Scaled Agile framework, different meth­odologies for developing software’s / applications / products / offering and project management have been applied individually / parallel in respective times.

At the end of the day, what mat­ters is the ability to lead and sustain in ever changing markets. Out of the several aspects agile methodologies seek to deliver are the business aligned and acceptable results. Smaller com­ponent(s) of software tend to roll up in one way or the other to form the expected product, in smallest feasible defined time. The basic idea here is to “fail faster to succeed even faster”. There are some important questions asked during the process: Are the requirements aligned with business, on a higher level? How many fea­tures / modules are being developed for acceptance at the same time? How quickly are the results demon­strated? What percentage of re-work is needed?

One very practical analogy that can be drawn about the changes in rule of game:

Once upon a time cricket had 2 forms - One Day International and Test matches. These have changed hugely with time and eventually third form called T-20 came up. At the same time rules of the game have changed to. Historically, a score of 200+ runs in 60 overs was consid­ered good enough to be winners, later reduced to 50 overs and teams scored even 350+ runs. Nowa­days teams can score 200+ runs in 20 0vers.

The point is the time available to score same 200 - 250 runs is less than 40 percent of what was there in the past. Of course other versions of  the game are happily on, this exam­ple highlights the fact that rules of the game are changing and agility can be the key to be “in the business”.

In the real-life business, there were a few instances when agility was the need of the hour - for ex­ample - when demonetization of 500 and 1000 rupee notes was declared in India.

This demanded the banks, e-pay­ment, e-wallet companies, business houses etc. to adapt extremely fast and be agile to be able to sustain and continue their businesses.

Being agile and ability to intro­duce new products / offerings in the markets (concept to cash) in opti­mum feasible duration with appro­priate quality and innovate, would be one of the aspects that will define future of corporations.

Being agile is something that happens in a day. It is all about the ways of working, culture and being pro-active.

Technology keeps on chang­ing. Being agile is what the present demands. Organisations must be­come agile keeping in perspective newer and promising technologies, and could become the fulcrum of how business organize and deliver in future for example - IoT, Block-chain, Robotic Process Automation, DevOps, cloud computing etc.

So, let’s be agile and be successful.

A Glance Into Evolution Of Wearables And Connected Fitness

How Digital And AI Is Redefining Customer Experience And Business Models

The Role Of Design Thinking In Game Development

Adoption of Gaming in Training Processes is a Emerging Trend